Bonds Of Love - Hornets From Hell 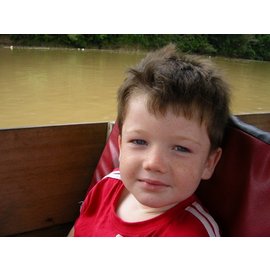 Are there any aspiring mummy bloggers out there who would like to submit a story relating to the bond they have with their children? Here is one to get the ball rolling, and all blogs will have your name on the byline and any links to legitimate websites are welcome, although subject to review first to make sure they're legit! thanks so much and look forward to reading your stories!

TO SUBMIT YOUR PIECE PLEASE EMAIL IT TO KAREN@KINDYNEWS.COM

I have never been stung by a hornet, but judging by the amount of screaming, tearing of clothes and agonized facial expressions that go on when such a thing happens, I reckon it's pretty painful.

My six year old boy Sam was stung one day while he was playing outside with his friends. He was about to go for a bike ride around our leafy estate with his buddy Arthur and Arthur’s mum.

As usual, I was working - tapping away intently on my computer - when I heard a blood curdling screech. I jumped up and ran to the window to see Arthur’s mum running down the road tearing off her shirt.

I raced down the stairs as the screeching continued and became more panicked. This time it was coming from Sam. Fear gripped me. He sounded like he was being killed! My poor son was in agony. The little group of friends had inadvertently been playing near a huge hornet's nest and obviously the hornets weren't too happy about it.

Sam had been stung on his bottom. One of the evil little black and yellow bugs had somehow crawled in there and delivered its poisonous shot into his soft pink rump. Arthur's mum had taken two hits under her arm.

The insect left horrible red sores where it had stung them.

These stings are nothing like bee stings. Sam has endured one of those as well when we visited Taman Nagara jungle in Malaysia. Hugs and tea tree oil quickly relieved that pain.

This was a NUMBER 10 sting.

He had also taken a jab to his hand, though not as bad.

I rushed to find some tea tree oil, but it didn’t help. And all Arthur’s mum wanted to do was go home - the poor woman was in tears. A passing jogger corralled the panicked group away from the nest which was now swarming with the horrible things. Each one seemed more than happy to deliver another generous dose of venom with minimum provocation.

I took poor Sam upstairs and administered ice to the red sore on his bottom which was rapidly growing to the size of a dinner plate. I gave him some chocolate and fed him pizza, while a friend phoned the doctor. Amazingly, I clicked into an almost robotic state of calm and focus. Sam subsequently stopped screaming, even as the angry red sore on his bottom got bigger and angrier with each passing minute.

Although chocolate, pizza, plenty of hugs and gentle words aren’t prescribed medication for hornet stings, it is amazing how a mom’s love can make things feel better. Later, the “proper doctor” administered the correct antihistamine drugs, but the unspoken bond of trust and love this incident evoked was medicine for our souls.